My installation of ceramic tiles and art objects was in the exhibition SCARP part of the state wide series The Alternate Archive. “The area of the Darling Scarp, stretching from Bindoon to Pemberton, encompasses sites of historical significance, of cultural importance to the Indigenous peoples who have lived here from time immemorial, along with sites of astonishing bio-diversity and of a richness of natural resources. This is a site of complexity and interconnection of stories, stories that the artists in SCARP have responded to or reimagined in their works. In this reimagining of stories SCARP effectively contributes to the Alternate Archive Project.” Fran Sullivan-Rhodes - Curator

As I live in Dwellingup in the heart of the northern Jarrah forest, I wanted my installation TRACES to reflect my love of the flora and fauna of this local environment. This also led me to think about what might have been in daily use by both Indigenous and early European settlers and to reference the types of industries which have been part of this area such as timber getting, sawmilling, mining and orchards and how this has impacted the forest. Using mostly paper clay, and locally sourced terracotta and white clays I made random sized and shaped tiles. They were then printed with a colour palette of black, blue grey and terracotta or embossed with some of the following; horse hoof, echidna foot and spikes, snake, nuts, seeds, leaves and flywire. I also wanted to reference any fossil record by using acrylic paint on tiles and used the embossed bird and frog carcasses. I impressed clay with fine granules of quartz and also painted with rust. My catalogue entry ‘The Traces Rap’ was printed and all was then bisque fired to 980c. Some tiles were barrel fired to represent the fire regime of this forest.

Many years ago I used to paint birds which led me to collect the occasional road kill for reference; many of which are still in my freezer. I included several of these beautiful bird specimens to reflect my sense of deep loss at their gradual decline. I pressed them into wet clay and coated or entombed them with many layers of slip before firing. As they were too delicate to hang I chose to present them in two timber ‘museum type specimen drawers’. Other traces included a spoon, fork and glass and bone beads from a fire which destroyed my caravan in 2007. Each item was then presented in its own cardboard box with label. Both specimen drawers are lined with an old photographic aerial map from one of my father’s mining leases.

(The idea to use museum specimen drawers or ‘wunderkammer’ was inspired by my sister Janet Pyke (also a potter) who had years before photographed a display of extinct and endangered finches she saw in the SA Museum.)

All photographs by Qing Zhu

Both digital and hard copies of this JAC issue are available from www.australianceramics.com/product/the-journal-of-australian-ceramics-vol-59-no-1-april-2020 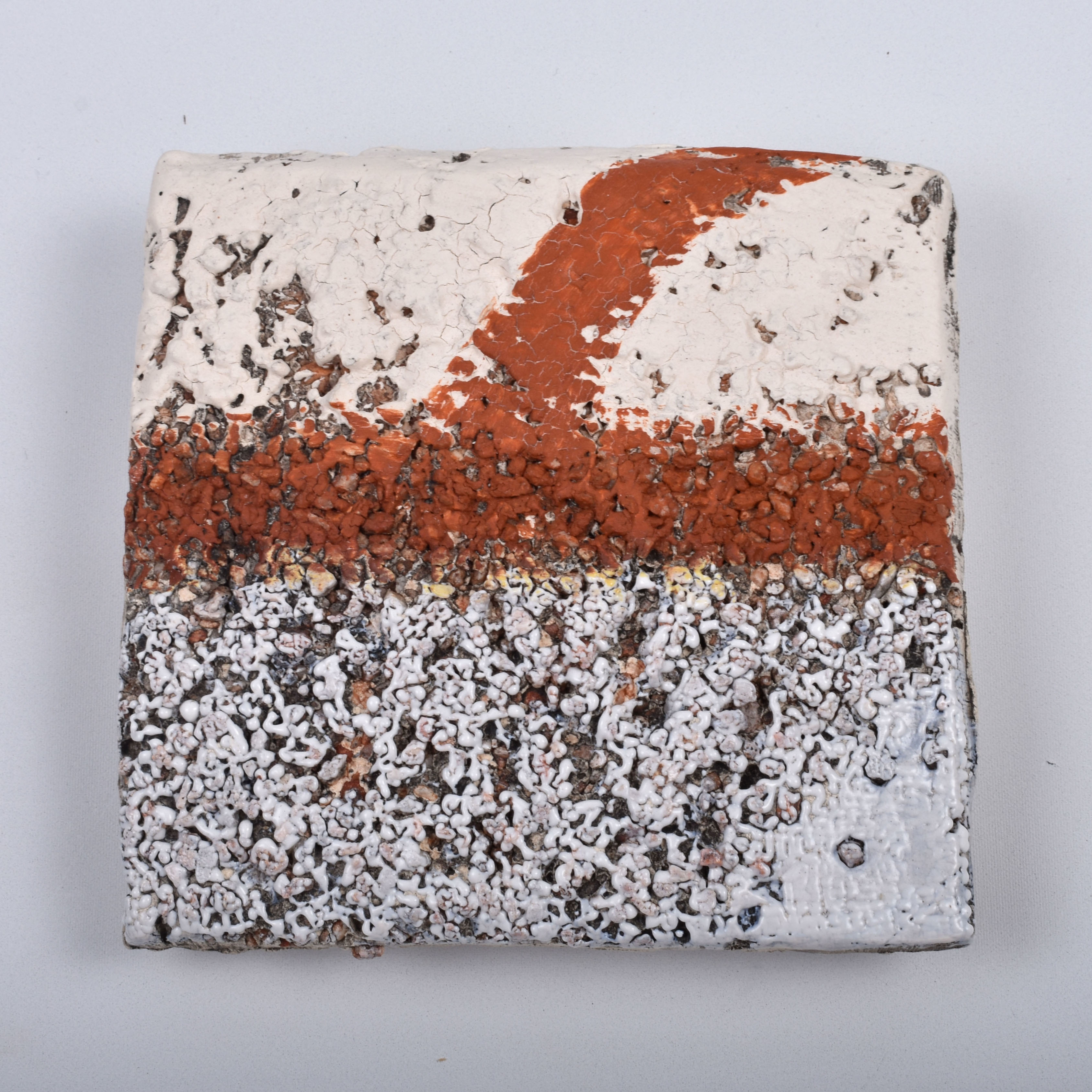 Specimen Drawers A & B 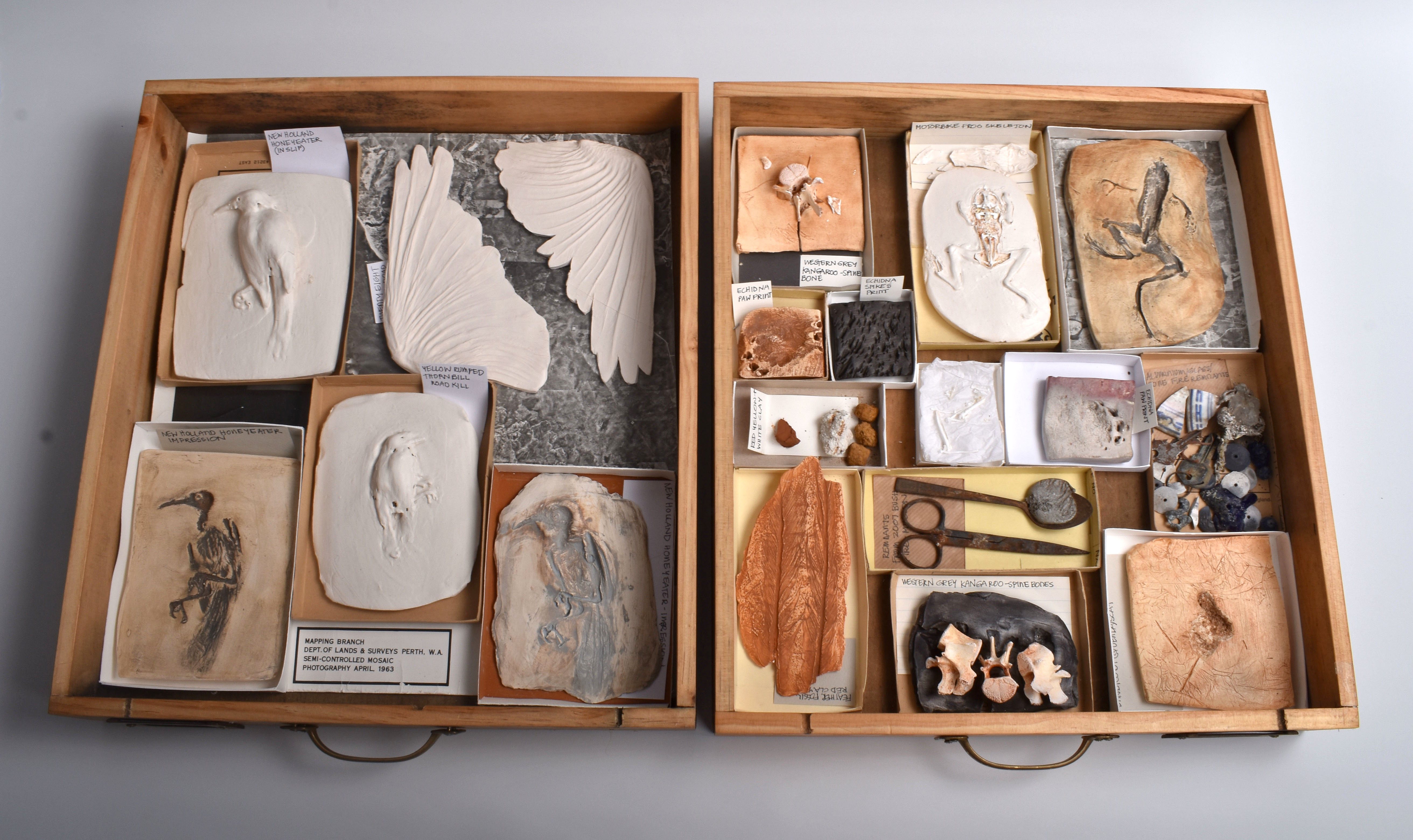